Taking a drone beyond visible line of sight | Soliton Systems

Taking a drone beyond visible line of sight (BVLOS) 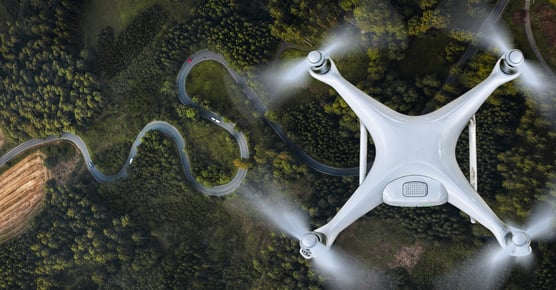 The police and other public safety organizations are widely using commercial drones as a cost effective tool for an eye-in-the-sky. The applications are many - from evidence gathering, looking for missing persons, coordinating rescues, surveillance or crowd control, monitoring with drones is often used as a low-cost replacement for helicopters. But there is a problem. Drone operators, even commercial ones, are not allowed to be flying drones beyond visual line of sight. Also known by the acronym BVLOS, a major issue is safety given the drone operator will be flying blind. Anything considered beyond 440m in good visibility is considered flying a drone beyond line of sight, and binoculars are strictly not allowed.

Is BVLOS for drones safe to use?

One of the major factors of utilizing BVLOS is the issue of safety and the risk of collision with other Unmanned Aerial Vehicles (UAV’s), aircraft, buildings and even trees.  There are many factors being considered to make BVLOS safe, and professional innovations are starting to emerge which means regulatory authorities such as the Federal Aviation Administration (FAA) in the US and the European Union Aviation Safety Agency (EUASA), with the guidance of The Royal Netherlands Aerospace Centre, are looking to make BVLOS drones much more of a reality.

One strategy is the BVLOS Sense and Avoid. This is a detect and avoid system, also known as sense-and-avoid, where drones can detect obstacles and then make rapid adjustments to their flight plan to avoid a collision. Collison avoidance technologies such as LiDar, acoustic, ultra-low latency live video and radar are all technologies that are being developed. These outputs from the drone can be used by AI technology, either locally or remotely,  to automatically detect and avoid obstacles.

A second technological breakthrough with a BVLOS drone is to have a flight view of the onboard camera that can be used for real time visual navigation from a remote location. This allows the drone to be manually flown from a faraway location which in itself would open a whole range of new possibilities for the use of drones. One example of drone application is for the inspections of areas owned by organizations such as mines, windfarms or other major industrial settings.  But by dispatching a drone instead of a human worker, enterprises are able to look over their systems safely and more efficiently.

What are the applications for BVLOS?

The possibility of BVLOS drones go beyond of how drones are used today. Indeed doing a missing person search or a mountain rescue can be much more effective with BVLOS then they are today with line of sight. But companies are thinking big. Taxi services that can avoid traffic jams by flying over them. Drones that can drop off medical emergency personnel or first responders into areas that are difficult to get access to, and the using them same drone technology to take them out and onto hospital. Groceries can be delivered without the assistance of human couriers and online shopping can be delivered almost immediately.

Individuals who are homebound due to illness or injury can have meals and medical supplies delivered. During a manmade or natural disaster, hospital supplies, food, and water could be handled by autonomous drones. Access into areas with flooding or road damage that might otherwise make it hard to make deliveries all of a sudden become much more accessible.

It is expected that once firmer regulations are enacted, the market will open up to new players and applications with routine deliveries being completed by drones. It is expected a new sky control system, or an Unmanned Traffic Management (UTM) system will be put into service that will ensure drones and UAV’s can interact and operate safely, especially over busy cities.

It is expected a regulatory framework will advance areas with a range of exciting new possibilities such as urban air mobility (UAM). UAM will include vehicles like air taxis, which can revolutionize travel and will advance enormously how taxi services are operating today.  UAM vehicles will have practical applications with point-to-point low-altitude air-travel,  such as lowering the time of commutes, journeys to airports or even sightseeing from the air.

A major element of BVLOS technology is the live stream from the onboard camera.  These cameras typically have low levels of power and high reliability, but importantly they require a low latency video stream to connect the drone to its operator. And by low latency BVLOS datalinks would ideally need to perform below 100ms end-to-end. This must include all the encoding and decoding that is normally a part of the process of any live video stream and in many cases can be over a second with traditional encoding and decoding live streaming technology.

Ideally drones can fly autonomously with data gathered from onboard instruments and sensors. Typically, these UAVs have long-range telemetry, as well as a command-and-control link with the user ground control station. Links are typically via cellular signal but satellite and radio (RF) links have also been utilized. It is using these secure data IP links that an encrypted live stream and return remote control can be sent and received.

Soliton System have been proud to be involved in the development of ultra-low latency video for the likes of BVLOS drones. They have uniquely developed an ultra low latency video streaming technology that can live stream over multiple 4G networks from as low as 65ms glass-to-glass to a remote operator, giving them an almost real time view from the drone. In addition, given Soliton’s DNA in IT security and encryption, all video streams are fully encrypted and secure ensuring that video streams cannot be intercepted or hacked.  With advances of 5G technology, the expectation is the delay will be reduced even further with reliability further enhanced through the use of optimized encoding and the bonding together of multiple cellular networks from different network operators simultaneously.

With both the FAA and the EUASA already allowing some restricted BVLOS operations to take place, albeit in very specific and regulated circumstances, as technology evolves further it is expected that this industry will evolve quickly.  The sights of drones carrying passengers flying over our heads, as often seen in futuristic science fiction movies, could arrive quicker than you think. 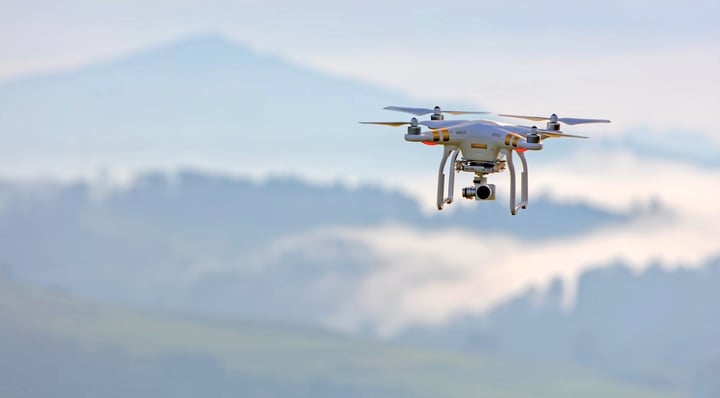 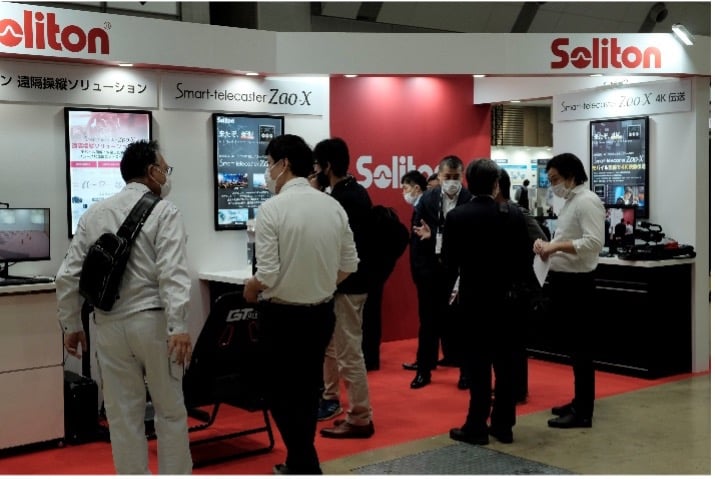