Tokyo, December 2016 – Soliton Systems, a leading provider of encoding and video streaming products, is to take part in the demonstration of a Public Safety-LTE (PS-LTE) integration. This is an initiative that will be led by and shown at the Mobile Radio Center Foundation in Tokyo, a Japanese provider of private mobile radio services. Soliton provides a Video Relay Transmission System, as part of its Smart Telecaster range, which will be integrated into the  PS-LTE network in order to prove and show the benefits of a combined solution.

LTE standard is now adopted as a Public communication in Japan but will be enhanced to meet public safety application requirements such as Public Safety LTE (PS-LTE) in the near future. Public safety networks provide mission-critical private wireless system for emergency services such as the police, fire and ambulance services.

The international standardization of PS-LTE is proceeding in many countries around the globe including the United States, U.K., Korea, and many others. . With the adoption of LTE mobile broadband technology, public safety networks can now benefit from the advantages of real-time video and audio services.

As such, MRC that provides digital MCA wireless communication services, mainly to the Public Sector in Japan, will assess the next-generation mission-critical systems in Tokyo and Saitama. The technical evaluation of Real-time video relay with PS-LTE is crucial in the adaption of Public Safety and Soliton Systems is to provide the “Smart-telecaster” as the key technology of such a technical venture.

MRC welcomes the participation of Soliton Systems in the demonstration of Public Safety LTE. We hope to develop and expand services not only in Japan, but also in Asia and throughout the entire world. We wish to contribute to create safe and secure communities within a reliable public safety network

Soliton systems will take an active role in leading such an initiative for relaying live video.  By providing an efficient use of video streaming over the mobile LTE network, it can provide emergency services and other users, the benefits of an efficient, affordable and reliable live video stream from a crisis situation for example, to anywhere in the world such as an emergency control room.

About Soliton Systems: Soliton Systems, headquartered in Japan with offices in Europe, USA and China, manufacture a range of mobile video streaming, video encoding and security products. Its flagship product, the Smart-telecaster ZAO, is in use by range of global broadcasters, news and sport production companies, and emergency service providers, for live video delivery. 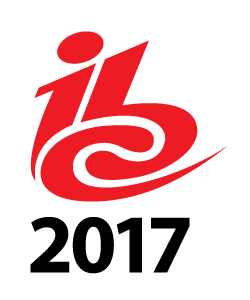 Soliton Announces New Products to be launched at IBC 2018