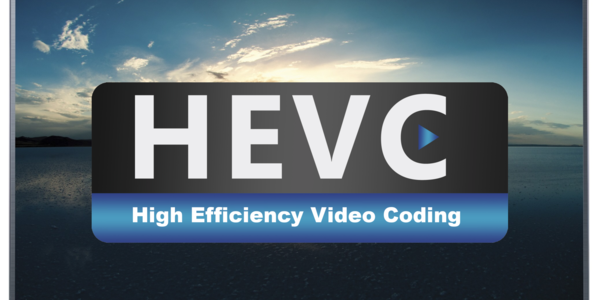 As video quality evolves and the amounts of data to carry large chunks of video over data streams increase significantly, a necessity to have a more effective video compression standard than H.264/AVC became a reality. That’s where H.265 (or HEVC comes in. The idea of H.265/HEVC is to offer the same level of picture quality as AVC, but with better compression, so there's less data to deal with. This in turns means cost savings and efficiency in terms of storing, delivery as well as reduced latencies and lower bitrates to achieve high quality video.

H.265 / HEVC was developed by the Joint Collaborative Team on Video Coding (JCT-VC) bringing together image and video encoding experts from around the world, it's initial version was completed in 2013. The second version which came in 2015 it included format range extensions, scalable coding extensions (SHVC), and multi-view extensions (MV-HEVC). The standard was defined by the Moving Picture Experts Group (MPEG) and the Video Coding Experts Group (VCEG), with each entity calling it by a different name, however the standard is the same.

The High Efficiency Video Codec (HEVC), also known as H.265 and MPEG-H Part 2 is a video compression standard that was developed with the objective of providing twice the compression efficiency of the previous standard H.264 / AVC. Up until recently H.264 or Advanced Video Coding (AVC) was the most widely accepted and adopted format in online and broadcast domain for content compression and distribution as well as the biggest contributor worldwide of 1080p videos, however it has been shown to be less efficient when carrying livestreams over mobile networks with bonding solutions then H.265.

When it comes to H.265/HEVC, efficiency is the key. The less data a codec can use to display an image without degrading its quality, the more efficient it is. If codec X and codec Y both display the same image quality, but the size of X file is 40 to 50% percent smaller, then X by comparison is more efficient. Greater efficiency means video can be shown at the same quality while consuming less bandwidth, or bandwidth can be maintained to achieve greater quality.

But how does H.265/HEVC achieves this? Mostly by expanding how H.264/AVC and previous compression techniques that came before work. First, it looks at multiple frames to see what hasn’t change. While watching a movie or a TV show the large majority of the frames don’t change much. The easiest example is think of someone speaking to the camera while seeing the background behind. For many frames The background isn't going to change much. For that matter, most of the pixels representing their face probably won't change much, so instead of encoding every pixel from every frame, an initial frame is encoded, and then after that only what changes needs to be encoded. H.265/HEVC basically expands the size of the area that's looked at for these changes into larger and smaller "blocks" which in compensation offers additional efficiency. Larger blocks have been found to be more efficient.

Other significant improvements were made like Basic Coding Unit as well as Temporal and Spatial Prediction, Transform Size & Type amongst others. Higher efficiency usually comes with a cost: more complexity which means that H.265/HEVC is far more difficult to encode and as a result, and can require up to 10 times the processing power to encode at the same speed as H.264/AVC.

Moving away from H.264 to HEVC or an equivalent is especially important for 4K streaming, as the bandwidth requirements can be reduced significantly by simply encoding the media in a more compressed format.

In conclusion, given that processing power and coverage of 3G/4G networks is now in place, if you really want the best quality video in the smallest possible format, including live stream at Full-HD over 3G/4G networks with short delay and lower bitrates, then H.265/HEVC is the way to go.